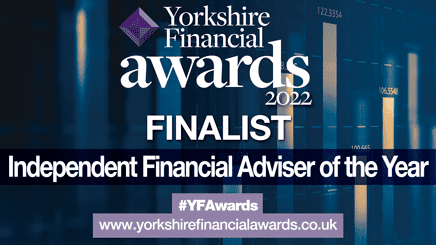 Dark and chilly evenings are the perfect opportunity to curl up with a book and escape into a story. If you’re searching for your next read, these novels all have fantastic winter settings and are perfect reading for this time of the year.

A small, struggling Swedish town has a big dream when the junior ice hockey team reaches the national semi-finals. The team of youngsters carry the hopes of the community with them, but the pressure soon becomes too much.

A violent act leaves a young girl traumatised and the town in turmoil. As accusations are made and rip through the town, no one is safe. Beartown is a story about secrets and how they can tear communities apart. The book is the first in a trilogy, all of which are out if you get pulled into the story and want more.

Murder on the Orient Express by Agatha Christie

There’s a reason Murder on the Orient Express is a classic that’s been adapted countless times. If you’ve yet to read the novel by Agatha Christie, it’s one to add to your list this winter.

A lavish trip on the luxurious Orient Express quickly unfolds into a race against time for detective Hercule Poirot. A murder has been committed and he must interrogate all the passengers and find clues before the killer can strike again while the train is halted due to heavy snowfall. Can you figure out who the murderer is?

The Bear and the Nightingale by Katherine Arden

If you want to be whisked away into a fantasy world, The Bear and the Nightingale is perfect winter reading. It’s a coming of age story inspired by Russian folklore.

The book follows Vasilisa, who lives on the edge of a wilderness, where snowdrifts grow taller than her family’s house, and she must hide her dangerous gifts. It’s an epic story of good vs evil with a fairy tale feeling that’s told over three books, all of which are published. The beautiful, descriptive writing will completely immerse you in the story.

Narrated by 11-year-old Reuben Land, Peace Like a River tells the story of an unusual family as they cross the frozen Badlands of the Dakotas. The family searches for Reuben’s older outlaw brother, who has been charged with the murder of two locals.

Despite facing the harshest elements and injustices, the family continues to believe in miracles, which Reuben’s father Jeremiah has been known to perform. Peace Like a River is a celebration of family and faith that’s beautifully written.

The Secret of Snow by Viola Shipman

When Sonny Dunes, a middle-aged single woman, loses her job when she’s replaced by an AI meteorologist, she’s forced to leave the home she’s made in California and return to her childhood state of Michigan.

The dark winters aren’t the only reason Sonny doesn’t want to return. Her childhood town is filled with unwelcome memories, including the death of her younger sister. The Secret of Snow is a comforting read about coping with grief and second chances.

The Snow Child by Eowyn Ivey

The Snow Child was a Pulitzer Prize finalist. It tells the story of a childless couple, Jack and Mabel, that are drifting apart. Jack feels the pressure of working on the farm, while Mabel struggles with the isolation of Alaska.

Together they make a snow child in the first snowfall of the season. In the morning, it’s gone, but it’s replaced by a young girl, Fania, running through the trees and appearing as though she’s stepped straight from the pages of a fairy tale. As the couple learn more about her, they realise things are rarely as they seem. What they learn will transform them.

The Winter People by Jennifer McMahon

If you’re looking for a spooky, supernatural ghost story for your next book, look no further. The Winter People is filled with suspense that will keep you turning the pages. It’s perfect for fans of Stephen King.

It’s set in a town in Vermont that’s long been associated with strange disappearances and legends. When Alice, who insisted on living off the grid, vanishes, her daughter starts searching for clues and stumbles upon a much older mystery. Along the way, she finds she’s not the only person looking for someone who has been lost.

Winter Solstice will warm your heart, like a cosy fire on a frosty winter evening.

Strange circumstances bring together five characters in the Scottish countryside during the winter months. From Elfrida, who hopes to start a new life but is lonely, to Sam, who is trying to put his life back together after his wife left him, the story is about found family, painful personal tragedies, and the decisions we make.

The Winter Garden has been described as a haunting novel about the bonds between sisters, mothers, and daughters.

Sisters Meredith and Nina couldn’t be more different. Yet, when their father falls ill, they both find themselves standing beside their disapproving mother as their father requests one last promise. The promise starts with an unlikely love story that begins in war-torn Leningrad. The sisters finally learn a terrible secret from their mother’s past that will change how they think of themselves.

What are “stealth taxes”, and how could they affect your wealth? Read more

Have you used your pension Annual Allowance? Here’s why you should review it before the tax year ends Read more